The Oldies Club is one of Clare Associates’s favourite charities and one that we give a lot of our time to. They are a charity that helps to rehome older dogs – the sort of dogs that often find it difficult to find a new home. The charity is entirely run by volunteers. However, through clever use of technology, they can operate very efficiently. 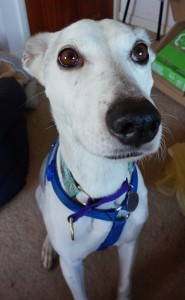 One clever use of technology is Google AdWords. At any one time, Oldies Club have dozens of old dogs eligible for adoption. And they are a national charity. Advertising their available dogs in local print media (as many local dog rescues might do) across the country would be prohibitively expensive for them. However, Google makes Google AdWords advertising of up to $330 a day (about £210) available to charities absolutely free.

That’s hugely generous and it makes a big difference to The Oldies Club. We run the charity’s AdWords campaign for them, focussing on people searching Google for dogs to adopt. It’s a complicated set of campaigns, but we’ve been doing it for a while now and our continued optimisation gets results. On a typical day, Oldies AdWords ads will get something like 300 clicks. That’s 300 people a day who are looking to adopt a dog (and who perhaps had not previously thought about adopting an older dog) and who now get to see the Oldies Club website.

To find out more about AdWords for charities, click here.