For the last nine years, I’ve been helping to run a competition called “You’re Hired!”.

(Short explanation – it’s like ‘The Apprentice’, except instead of Lord Sugar, Baroness Brady etc you get me and a bunch of other local employers, and instead of fifteen or so sometimes clueless or otherwise annoying adults, you get keen and hard-working seventeen year olds. We have a heat in each school, with the best individuals going through to a two-day city-wide final in the summer.)

This year, we were nominated for a Responsible Business Award, presented by Business in the Community. Big awards dinner in Bristol last night which four of us went up for. And we won! To be precise, we won the award for ‘Best Collaborative Action’. Here’s the four of us looking suitably proud and collaborative. 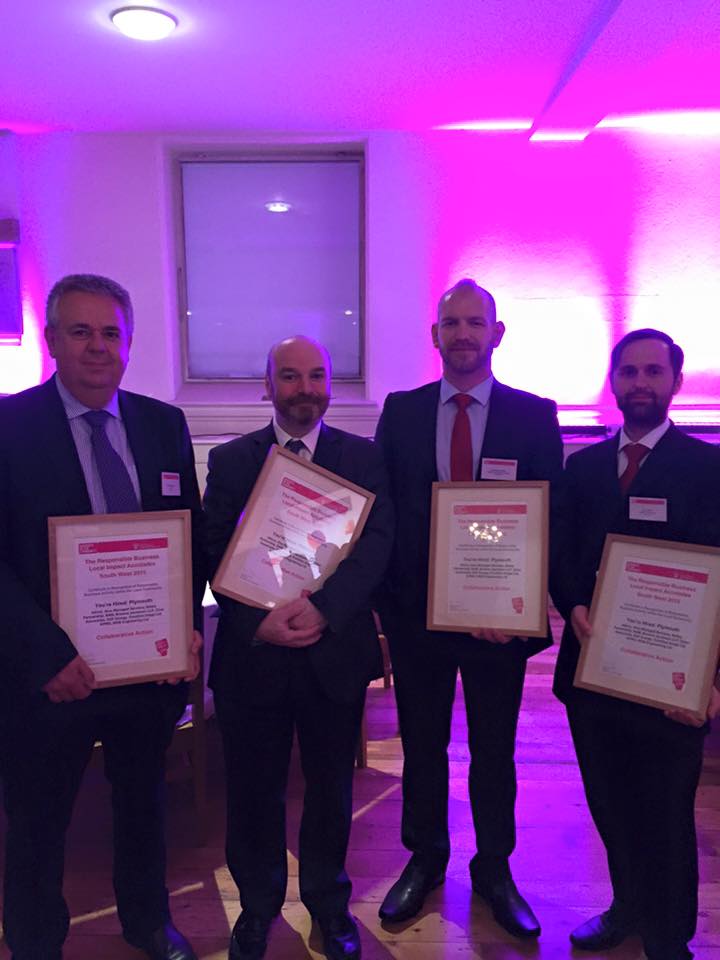 Incidentally, this year’s final is later this week – Thursday 25th and Friday 26th June. The closing stages are open to the public, so if you would like to come along to see the culmination of the challenge, an inspiring speaker and the awards ceremony, be at the Plymouth Lecture Theatre, Portland Square, University of Plymouth at 2.15pm on Friday. The awards ceremony will end around 7.30ish.