Now if we know that demand is higher if the price is lower, the next question to ask is this:

How much will demand increase in response to a price decrease?

The answer is all about elasticity.

For some products, a price increase or decrease of 1% will lead to a corresponding decrease or increase in demand of more than 1%. Such goods are said to have ‘price elastic’ demand.

For other products, a price increase or decrease of 1% will lead to a corresponding decrease or increase in demand of less than 1%. Such goods are said to have ‘price inelastic’ demand.

Raising the price of a product with price inelastic demand increases total revenue for the supplier since the reduction in the quantity demanded is less than the effect of the price increase. However, since elasticity will vary at different points along the demand curve, suppliers in this situation can’t just keep on increasing the price of their products – sooner or later, demand will become elastic.

As a businessman, you’ll appreciate that knowing whether or not a price rise will increase or decrease total revenue is very, very important.

It’s not just demand that is elastic or inelastic. The same can be said for supply.

And elasticity can relate to factors other than price. A good one is income. A good whose demand doesn’t change much if consumers’ aggregate income changes is said to have income inelastic demand.

Understanding elasticity of your business’s products and services will help you price them appropriately. What if the Chancellor were to increase VAT next year? Should you pass on all of the increase to your customers? Or should you actually increase the price by less than the VAT increase? The answer will depend on the price elasticity of demand of your products. If your company only sells things that are income elastic, then you’ll do more than averagely well in an economic boom and less well in a recession.

A very good example of a business with a good understanding of price elasticity is Valve’s ‘Steam’ service. For those of you who aren’t regular computer gamers, ‘Steam’ is a service that allows you to download games to your PC instead of buying them on DVD from Amazon or Game or wherever. When games first appear on Steam on the day of release, they typically cost about £30. However, it’s not unusual to see quite drastic short-term reductions. A critically-acclaimed ‘triple-A’ game might appear less than a year after release on sale as low as £3.74. 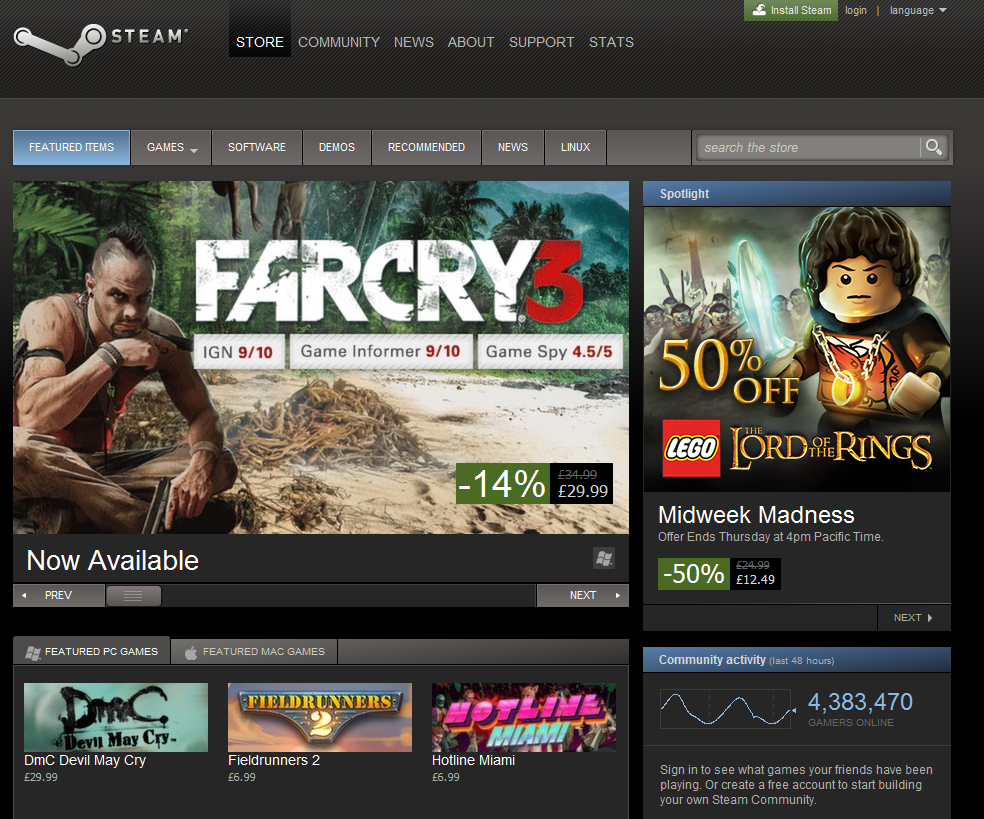 Valve have found that this often has a huge positive impact on revenue for that game. And of course the marginal costs of producing another copy of a downloaded game are essentially £nil (unlike a boxed copy of the same game).

When a triple-A game is first released, demand is relatively price inelastic – many people want that game and want to play it straight away. After a few months, other games have been released and taken attention away from this game. The people who were always going to buy it have bought it. However, there are other gamers who might well be tempted to buy it if you suddenly tell them that they can buy this game for £3.74. When it came out, they thought it was maybe not the sort of game they like, but for £3.74 they’ll take a chance that they wouldn’t for £30. Demand has become more price elastic.